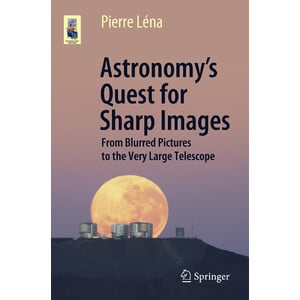 Since the 1960s, astrophysical discoveries have blossomed, due to the emergence of powerful and new observational tools. Among them, a fantastic improvement of the sharpness of astronomical images, obtained with ground based optical telescopes, has been the result of two revolutions: adaptive optics and optical interferometry.

Written for a general audience, interwoven with fascinating details about the evolution of vision and optics, this book tells a personal story of these revolutions in observational astronomy, born two centuries ago and blossoming in the past fifty years. With the construction of the Very Large Telescope in Chile, Europe played a leading role where young scientists, joining creative astronomers and engineers, have developed a superb creativity. Today, incredibly sharp images of exoplanetary systems and black hole environments are obtained and reveal new questions about Earth-like objects or fundamental physics.

The author has been one of the actors of this adventure. His first-hand testimony is opening the future to new horizons.