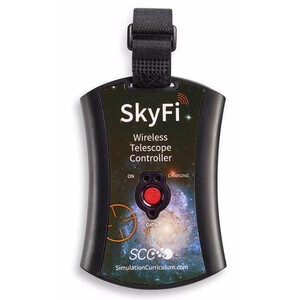 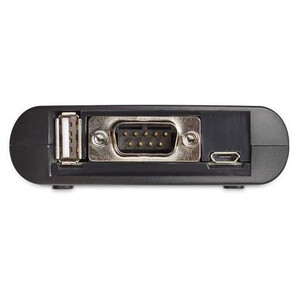 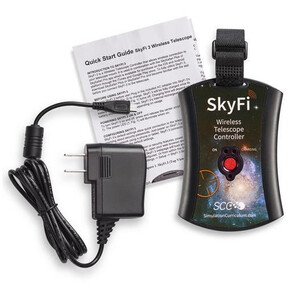 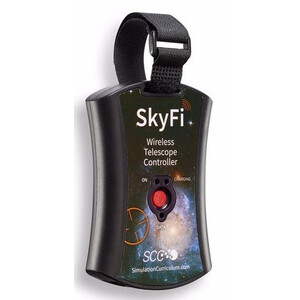 SkyFi is designed for wireless telescope control. If you have a computer-controlled GoTo telescope, SkyFi can use the WiFi capabilities built into your Mac, PC, iPhone, iPad, or iPod Touch to point your telescope in the sky.

Once powered on, SkyFi creates its own 802.11 wireless network. By default, this is an open wireless network called "SkyFi", but you can rename and secure it later on. Join this network from your iPhone, laptop, or other computer, and - voila! - you're ready to use SkyFi. As long as your computer or iPhone gets its IP address by DHCP, no additional network configuration is required.

Telescope Compatibility: SkyFi can wirelessly enable almost any telescope with a standard USB or RS-232 serial interface. Models that have been tested and are known to work with SkyFi include:

The baseline requirement for Celestron support in SkySafari 4/5 is Celestron firmware version 4.0 or higher, which is basically everything sold since 2008. This excludes the older Nexstar GT series, the original Celestron Nexstar series and the Celestron Ultima 2000. Note, the GT hand controllers can possibily be replaced with newer versions that will then work with SkySafari 4/5. Consult a Celestron dealer for more information

Some Meade ETX models (60/80) ship with the Autostar #494 controller. To make SkyFi work with these scopes, you need to replace the #494 Autostar controller (which does not have a serial port) with the #497 Autostar (which does). 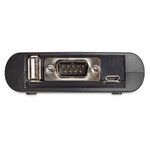