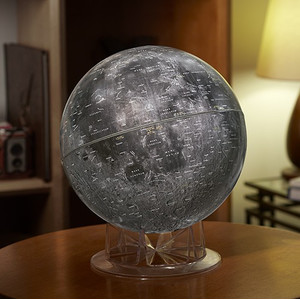 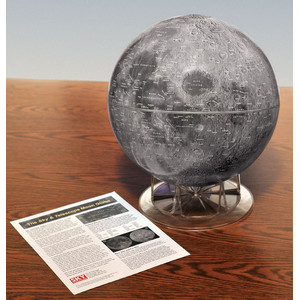 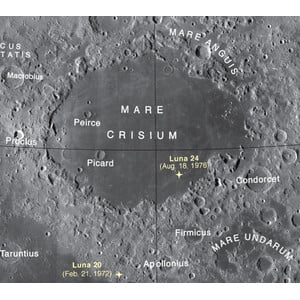 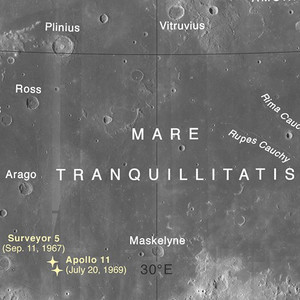 No celestial object is more prominent in the night sky than the Moon. Now, thanks to NASA's Lunar Reconnaissance Orbiter (LRO), we can examine Earth's satellite in greater detail than ever before. Sky & Telescope's Moon globe is the first to show the Moon as it really is, using a surface map based on more than 15,000 photographic images, each taken under consistent and ideal lighting conditions. The LRO camera produces images so finely detailed that you'll find yourself wanting to use a magnifying glass to examine the Moon globe's incredibly sharp features, including craters, rilles, peaks, and valleys. These and other features, including human and robotic landing sites, are marked with over 850 labels. See our beloved Moon as you've never seen it before!

This is the kind of globe that you can appreciate both from a distance and close up. From afar, you’ll admire the bright “highlands” and dark “seas” seen in whole or in part every time the full Moon is up. But look closer, and you’ll be able to spot all the historic Apollo, Surveyor, and Luna landing sites at once — including, of course, everybody’s favorite, Apollo 11, where on July 20, 1969, humans first set foot on the lunar surface. Each landing site and date is labeled in yellow, to stand out from the white labels of geographic features.

Did You Know? The word maria is Latin for “seas.” Ancient astronomers thought the Moon was a crystalline sphere and that the dark maria were reflections of Earth’s oceans. Today we know they are vast plains of lava.