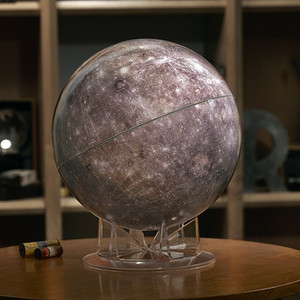 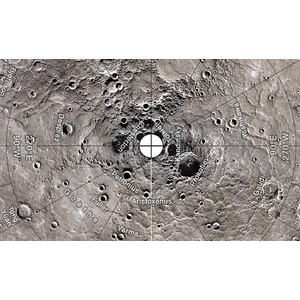 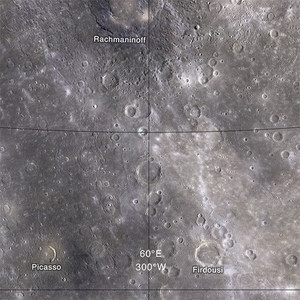 The innermost planet of our solar system remained an enigma until very recently. Mercury orbits the Sun in just 88 days, never spending more than a week or two in view after sunset or before sunrise, and the planet's proximity to the Sun challenged telescopic observers for centuries. But during its mission, which ended in 2015, the NASA spacecraft Messenger revealed a unique world with a complex history. This globe combines data from 18,000 Messenger images, specially processed to preserve the natural light and dark shading of the Mercurian surface. More than 350 craters and other features are labeled on the globe, including names of well-known painters, composers, and writers. Place Mercury, the Roman messenger to the gods, on your desk!

Did You Know? During the 1990s, by probing Mercury from afar with powerful radar telescopes here on Earth, researchers discovered that there’s ice inside craters at the planet’s north and south poles! Despite the extreme heat elsewhere on the planet, these craters are never exposed to sunlight — creating permanent shadows cold enough for water ice to be stable.